The pros and cons of metal vanes have been discussed here. The process described here is somewhat compilicated, but allows one to create vanes of arbitrary shape.

First create a model vane that has the correct shape. Make sure that the middle part is a little wider than the bolt's shaft or you'll have difficulties bending the vanes to the correct angle. Use the model vane to mark out the subsequent vanes, as in below pictures. 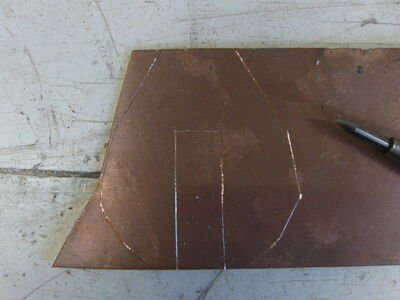 Next cut the vane to shape with shears. 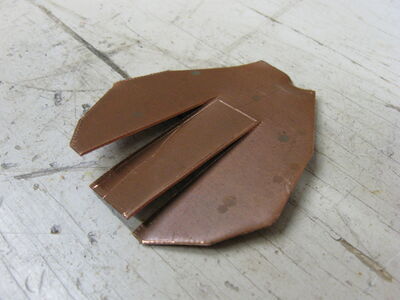 Then flatten the vanes using a hammer and an anvil. 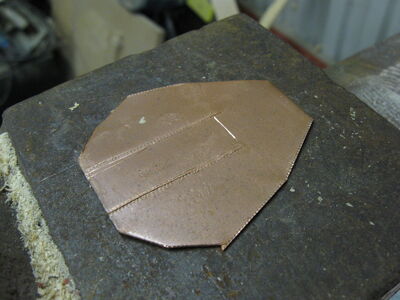 After flattening bend the middle of the vane over itself and flatten it. 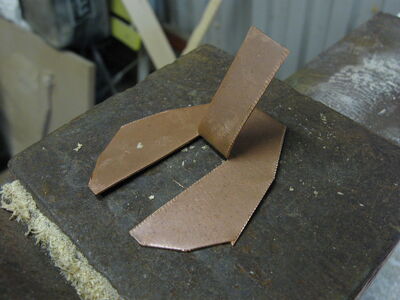 Now cut away the excess metal from the middle part. 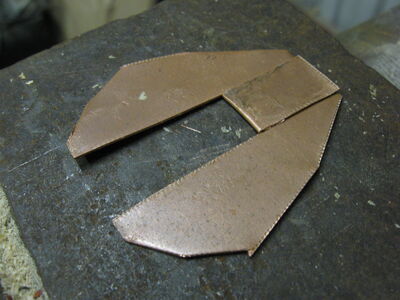 Now the vanes are finished.

Cutting the slot to the end of the shaft[]

Next comes the most difficult part - you need to cut a slot to the end of the shaft for the vane. Make sure the slot is deep enough to leave some space behind the vanes. I found no really good method for cutting the slots, but here are some options:

Note that it's perfectly ok if the slots are not exactly straight and parallel to the shaft, especially if the middle part of the vane is short. The vanes will be bent to an angle, so the original angle of the vane (when it's flattened) makes little difference.

Once you've managed to cut the slots with lots of hardship, it's time to make thin wooden strips to keep the vanes in place. It's by far easiest to buy a piece of relatively thick (~1mm) veneer and cut the strips from it - that's what we do here. You can even use a wood of completely different color for a nice effect. If you're unable to get your hands on veneer, you can of course saw the strips from a plank, but this wastes a lot of wood.

First create a model from cardboard and use it to mark out the individual strips of wood prior to cutting as in below picture: 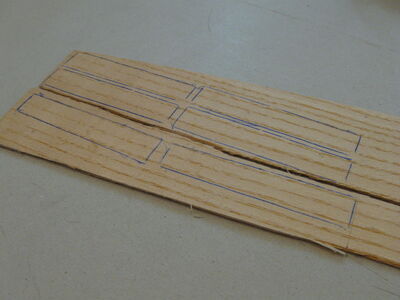 Next cut the strips - preferably with a Stanley knife - but any relatively sharp knife will do. Cut along the side of a steel ruler to make sure the knife cuts where it's supposed to, even if that means cutting across the grain. Alternatively you can use scissors, if you're not worried about them getting dull. 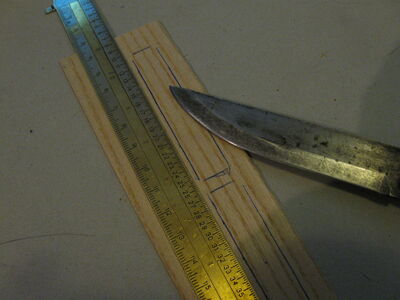 The strips don't have to be anywhere near their finished shape at this point. In fact, it's better to leave lots of extra wood at their edges. 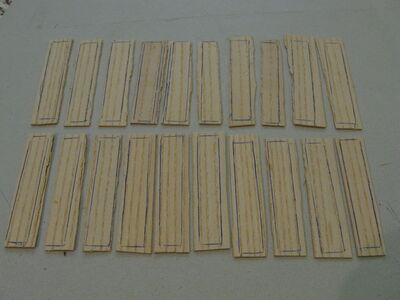 Next take a shaft and wooden strip and shave off the excess from the part that's against the vane. 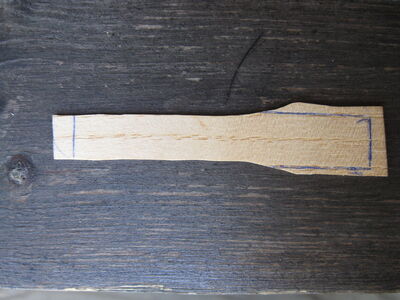 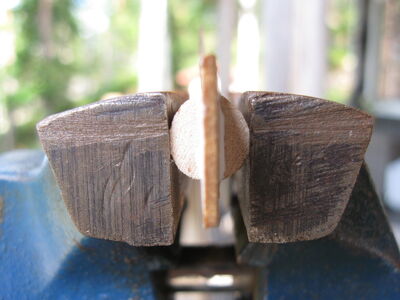 After gluing the wooden strip, remove the remaining extra wood and form the rear end of the shaft so that it fits between the fingers of the nut (if necessary). 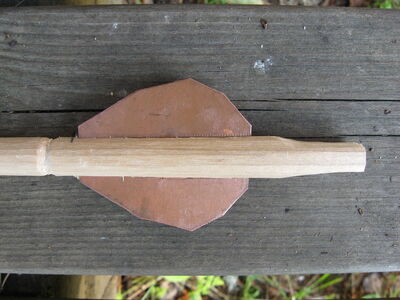 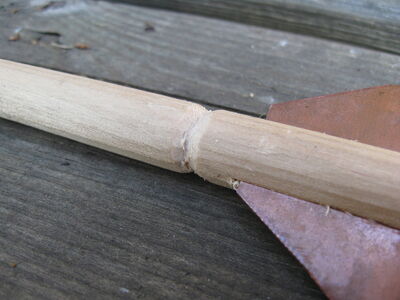 Finish the job by applying glue to the bound string. 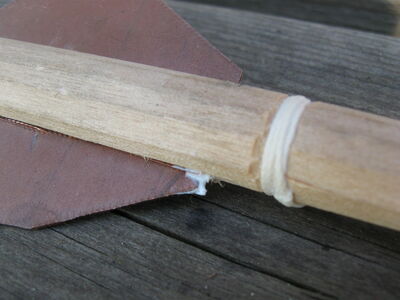 You can grind a similar groove behind the vanes to make the end of the shaft more resistant to splitting when the rest of bolt has penetrated the target but the vanes get stuck.

As a final touch bend the other half of the vane up and the other down so that the bolt starts rotating in flight. If you don't do this, bolt flight will most likely be erratic and unpredictable.