This article describes making of simple steel bolt holders aimed at simple pin-trigger crossbows. In addition to holding the bolt in place while moving or aiming, this type of bolt holder makes sure the bolt is not accidentally pushed too far back (which would result in a misfire).

Cut a piece of flexible steel band and mark the outlines of the boltholder as well as the placement of the screw holes into it: 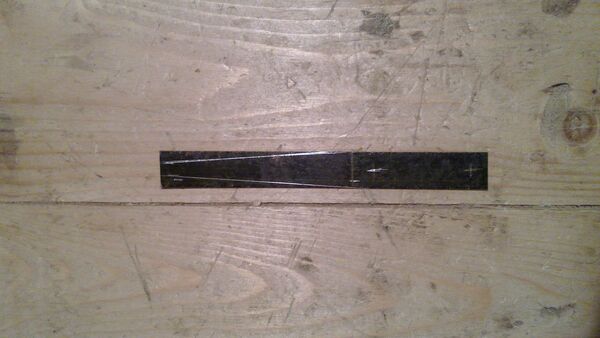 Cut the boltholder into shape and drill the holes for the screws: 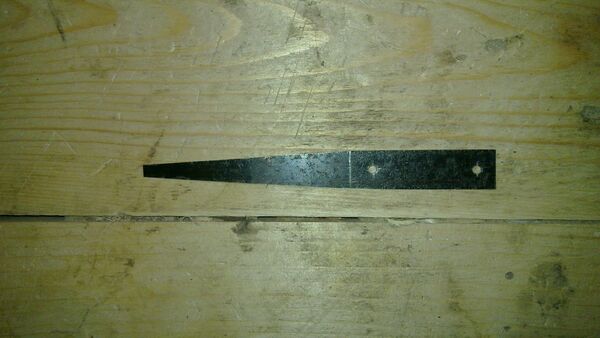 The first bend should be marked to the place where bolt's butt-end will be. Or, in other words, the bend will prevent the bolt from being pushed too far back as described above: 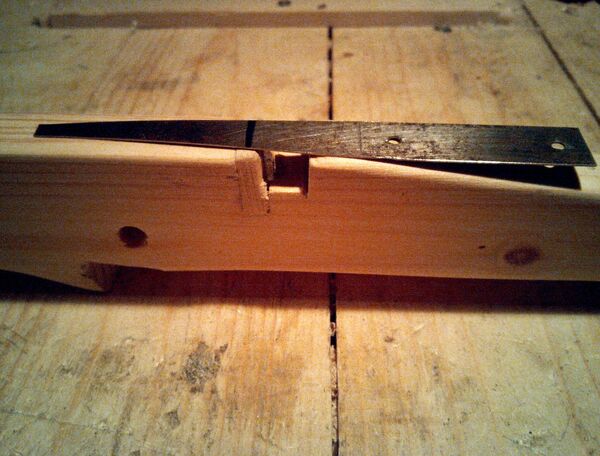 First bend the bolt-holder upwards in ~90 degree angle, then move towards the narrow end and make another ~90 degree angle to the opposite direction. The results should look like this: 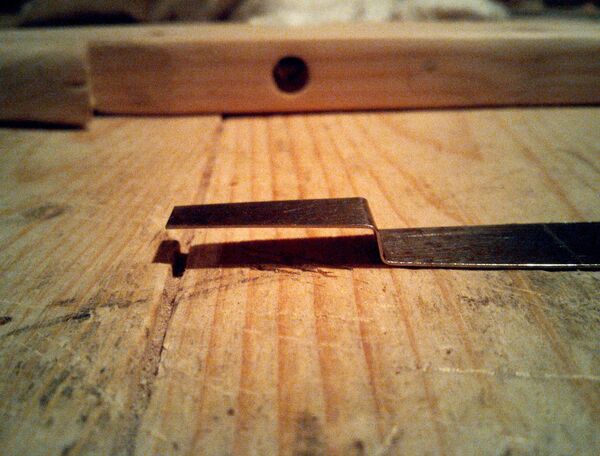 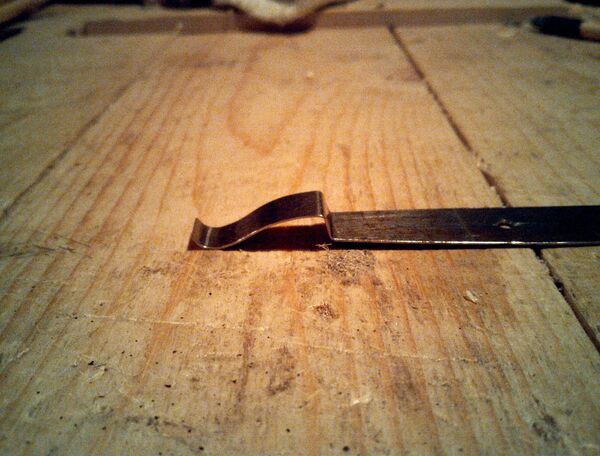 Test the bolt holder in the crossbow with whatever bolts you have and make any adjustments necessary: 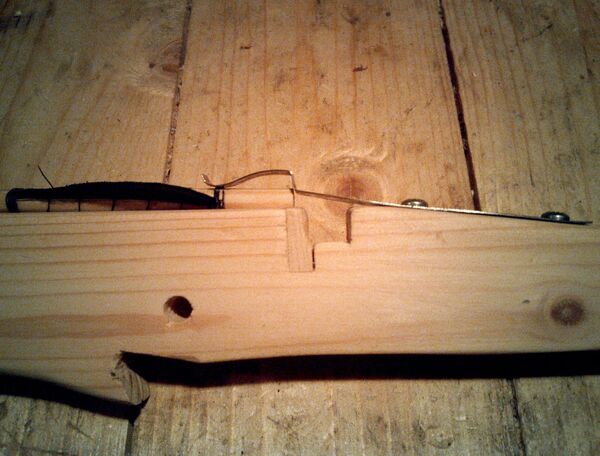 Finally attach the boltholder into the stock of the crossbow.