This lock mechanism is the simplest possible variation of the catch lock. Unlike the original versions of the sixteen century and later, this one does not have set trigger, and only has a few parts:

As this mechanism uses a long lever trigger, it looks more medieval than the original 16th century (and later) catch locks that had a set trigger. For more details on those, take a look at the following books:

Start by making a fake lockplate from thin metal (e.g. aluminum). The top of the plate should simulate the top of bow, complete with the angled catch that holds the bowstring with help from the catcher. Also make a model of the tumbler from the same metal, and drill several pairs of holes on top of each other through both of them while the tumbler is in correct, locked position: 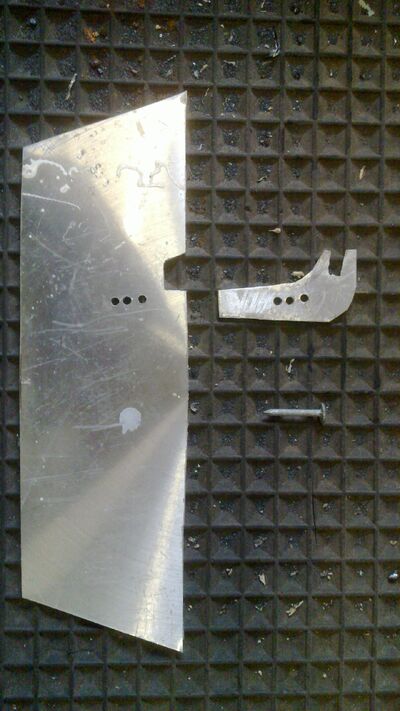 Next make a model of the trigger lever, place it in correct position and drill several holes through it side-by-side near the eventual axle hole: 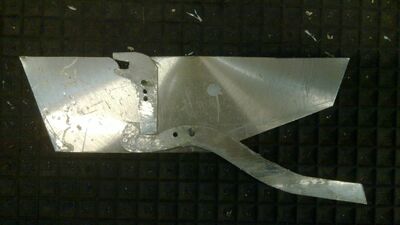 Now test how the lock operates, depending on which holes you use for axles: 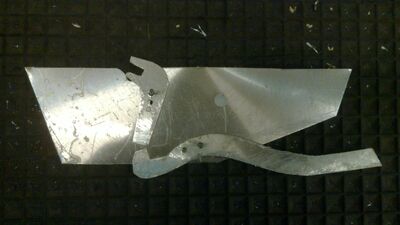 Once the tumbler and trigger models are ready, it's time to make the real ones. First mark the outline of tumbler and the correct axle hole to a piece of steel suitably thick (5mm+): 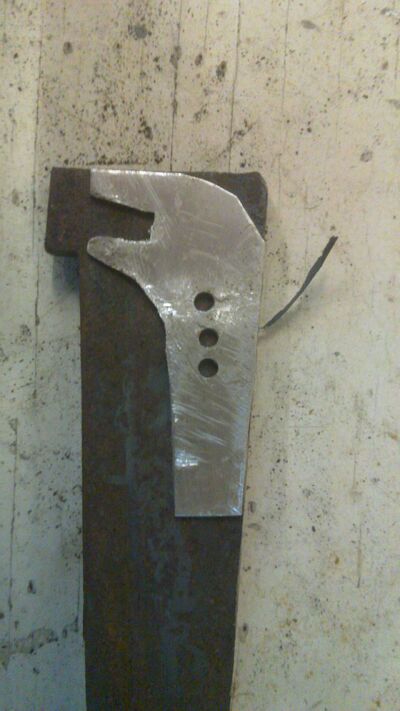 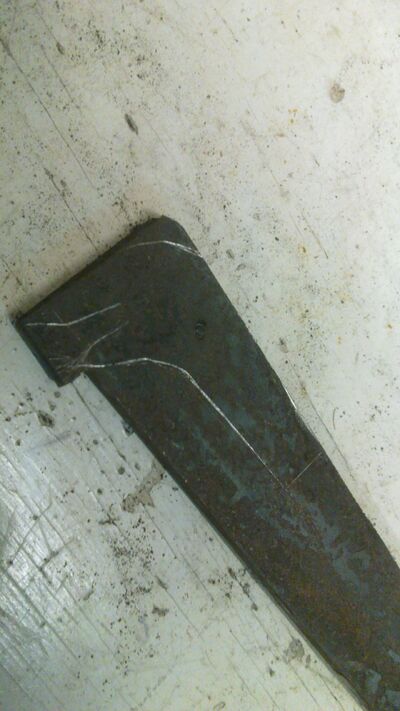 Do the same for the trigger, though leaving it straight instead of curved at this point. Cut and/or forge both to shape and drill the axle holes.

Next drill bigger axle holes to the fake lockplate: 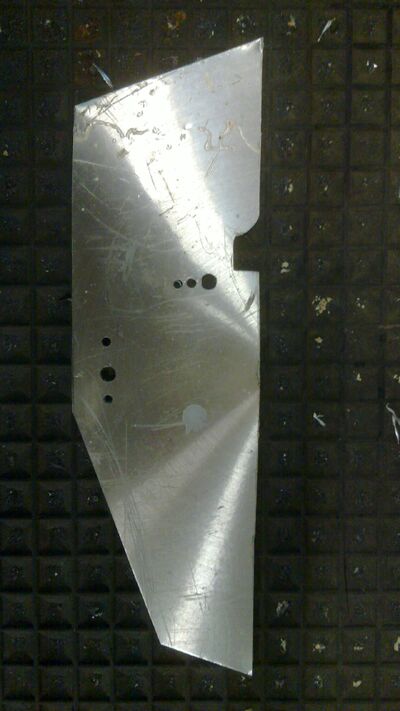 Attach the tumbler and trigger to the lockplate using their axles and verify their correct operation: 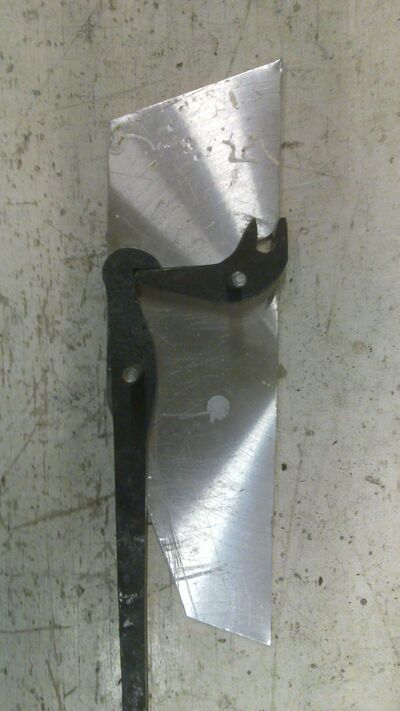 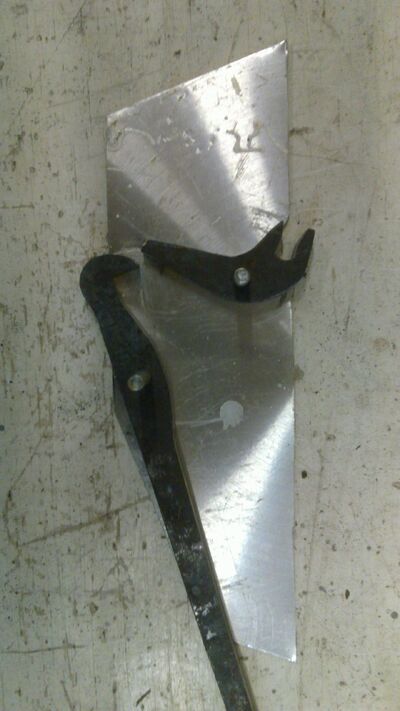 If necessary, file tumbler's and trigger's contact surfaces until they work perfectly.

The easiest way to curve the trigger is to heat it with a blowtorch and then bend it using a hammer: 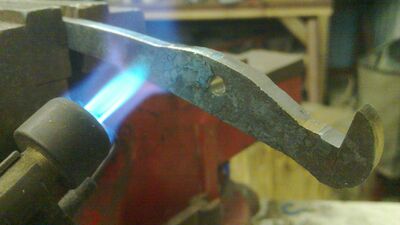 At this point the lock should look like this: 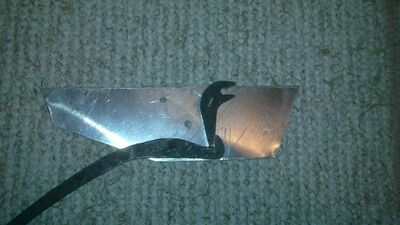 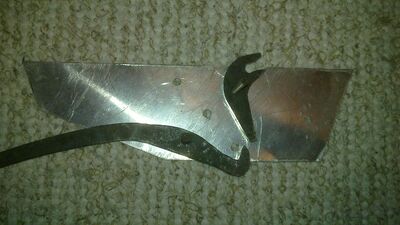 Next you need to widen the top of the tumbler: this helps avoid bowstring wear and the bowstring from slipping away from the catch on the sides.

First cut a rectangular piece of fairly thick (~3mm) steel and cut a deep slot to it: 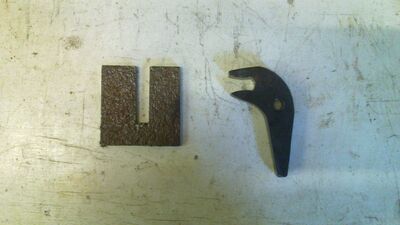 Insert the tumbler into the slot and squeeze the whole package between the jaws of a vise: 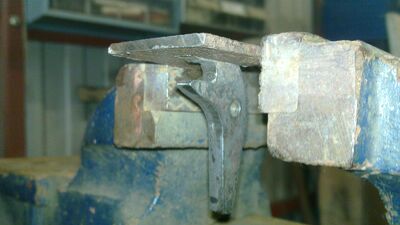 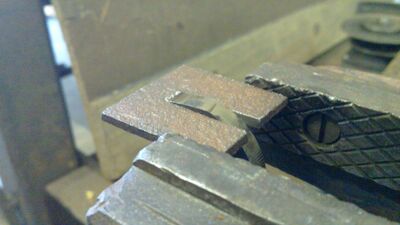 Grind grooves that follow the border of the plate and the tumbler and then weld both together: 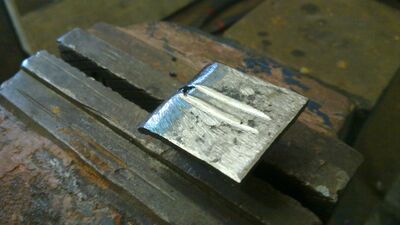 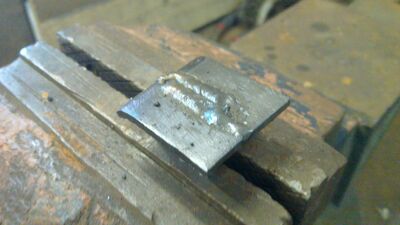 Next grind off excess material: 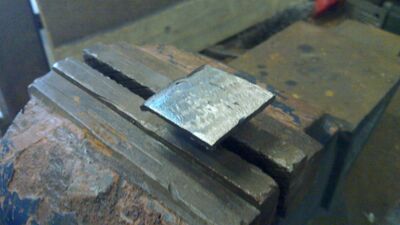 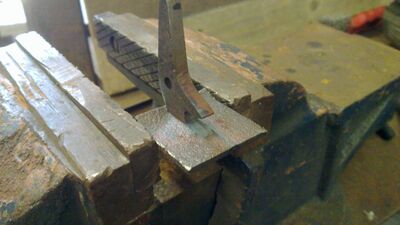 The final step is to cut the plate to form. First cut away the part of the plate that extends beyond the jaws of the tumbler, i.e. cut it to length of the original slot. Then mark the outline of the plate: 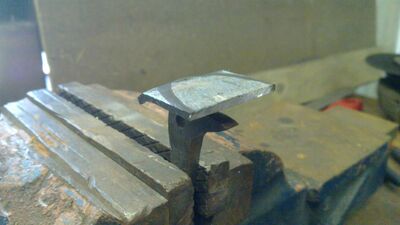 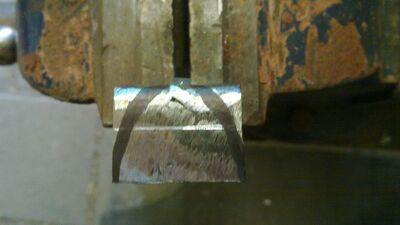 Cut, file and polish and the results should look something like this: 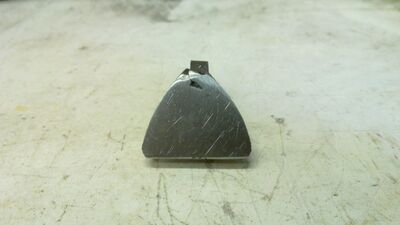 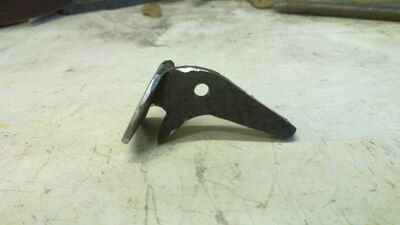 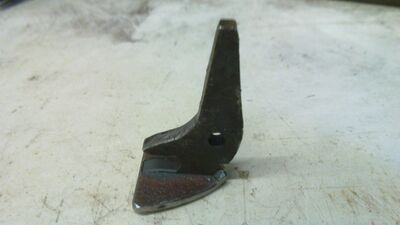