The crossbow lock which combines a revolving nut and a separate trigger iron was invented and taken into use during 12th century (Alm 1998: 14). It's structure is explained thoroughly by Payne-Gallway (1990: 95-100) and to a lesser extent by Alm (1998: 14-15). The nut-and-trigger lock was superior to the older and simpler lock mechanism which consisted only of a wooden trigger and a pin which pushed the string from it's socket (see Alm 1998: 9). During 16th century the simple nut and trigger crossbow lock was enhanced by adding a third piece between the trigger and the nut to increase leverage and make the pull of the trigger smoother (Alm 1998: 55). Obviously this was especially useful later in crossbows with very high draw weight which were spanned with a cranequin or a windlass. Later on, until 18th century crossbow locks became increasingly sophisticated (Alm 1998: 56-59).

There are several other articles describing how to make the socket for the nut.

Historically crossbow nuts were made from several different materials, but usually from horn (Payne-Gallway 1990: 96-97). However, here we cover making the nut from steel. If you wish to use horn or soft metal such as aluminum, bronze, brass or copper for the nut, reinforce the part that meets the trigger with a piece of (preferably hardened) steel.

There are two basic approaches when making the nut from steel:

Unfortunately I don't have any pictures from the nut-making process, but textual explanation is at least better than no explanation. To make the nut from one piece of steel you need a length of round steel rod 4-5cm in diameter. Making the nut is a dull but relatively easy job:

If you don't have thick round steel rod of appropriate size, you can make the nut from three pieces of steel. This process is somewhat more complicated than the previous one:

An example of a one-piece nut is shown in the pictures below.

Making the socket for the nutEdit

A nut with 6mm steel axle works pretty well for crossbows that draw 150 pound or maybe a little more. For stronger crossbows a stronger axle and stronger sideplates are necessary. At very high poundages an axle won't probably do and you'll need to make a proper socket for the nut. Note that the nut may drop from it's socket during use unless it has a hole in it through which an axle (or a string) is inserted. The process of making the socket for the nut is not especially easy, but it's definitely doable with relatively few tools. Some of the tools are shown in below picture. 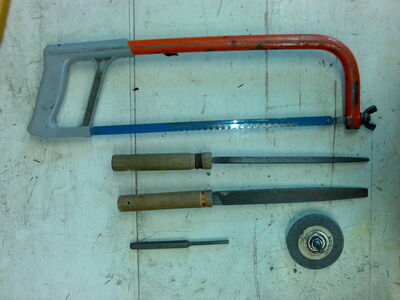 First get a piece of steel pipe into which your nut just fits and cut away it's top at appropriate place (see picture below). Next take a length of thick-edged steel pipe with 10-12mm outer diameter. Alternatively you can use two pipes that fit closely together, as in below picture. The edge of the pipe has to be thick enough not to melt away when being welded. The socket will be attached to the crossbow's stock with rivets or bolts going through these pipes, so make sure their inner diameter is correct. Weld the base of the socket and the pipes together.

NOTE: if you don't have steel pipe of appropriate thickness then you can take a piece of flat steel, heat it in a forge or with a blowtorch and hammer it around the nut, thus forming the base of the socket. If you're good enough at forging, you can use the same piece of steel to form the "ears", This will allow you to skip a couple of steps later on. 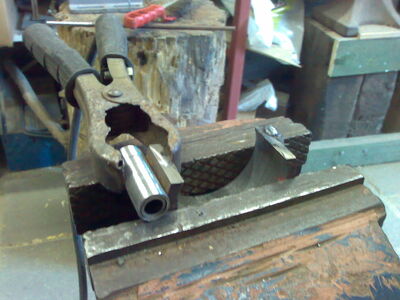 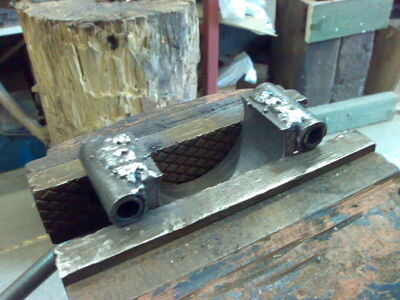 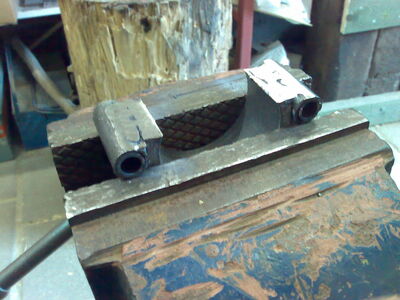 Next insert the nut into the socket as in below pictures. This makes it easier to mark the correct place for the trigger hole. 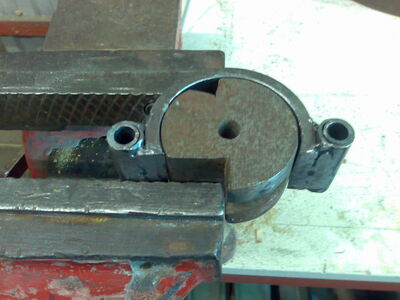 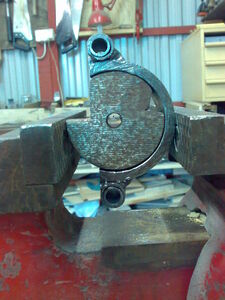 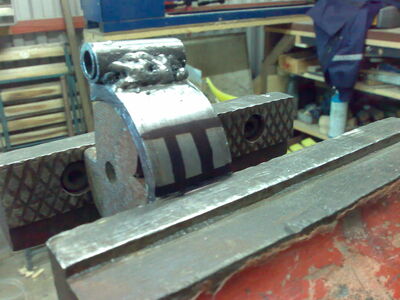 After marking the outline of the trigger hole, it's time for perhaps the most annoying part of this job. First use a punch to mark the places through which you'll drill through with a bench drill (see below). The idea here is to remove as much material as possible with the drill and finish off the job with other tools (hacksaw and files) 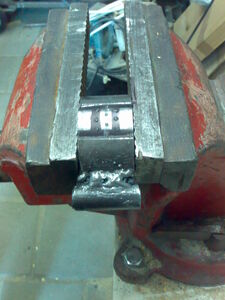 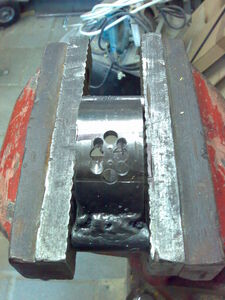 Next use small grinding tools (e.g. a drill with rotating grinding stone) to remove as much material as you can. The idea is to remove most of the material between the holes. A cold chisel, hammer and a small file help a lot in this work. 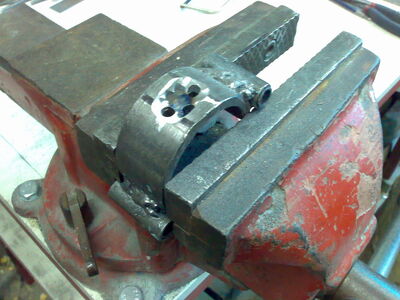 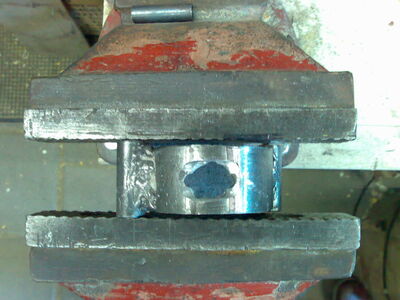 Once you can fit a hacksaw blade to the slot use it to cut the slot roughly to form and finish the job with a file (see below). 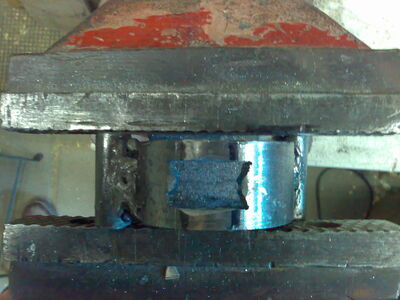 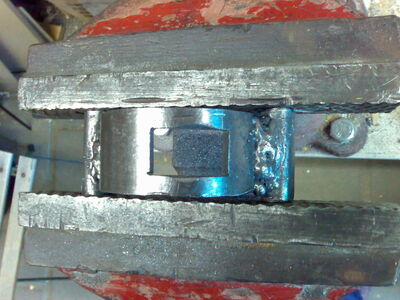 Now the socket is almost finished, as can be seen from the picture below. 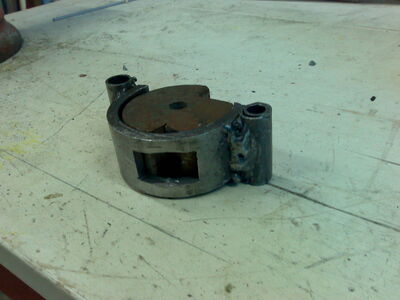 The only things still missing are the sideplates for the socket. You can make those from almost any steel plate you can find. The steel has to be thick enough to be weldable. First cut the sideplates to form and then weld them the sideplates to the socket base at a few key points marked with a black marker in the picture below. 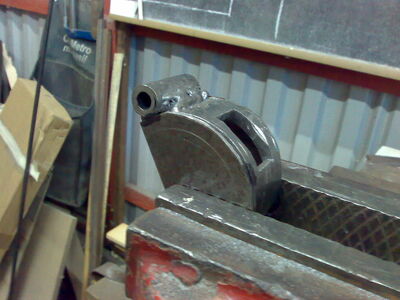 Retrieved from "https://crossbow.fandom.com/wiki/Making_a_medieval-style_nut?oldid=4971"
Community content is available under CC-BY-SA unless otherwise noted.