The lever and pin trigger is probably the simplest lock one can make for a crossbow. The basic principle is very simple: when a lever is squeezed, a pin attached to it pushes the bowstring from it's catch, releasing it. Regardless of it's apparent simplicity there is a big difference between one that works and one that is a pleasure to shoot. There are a few common variants of this type of lock mechanism.

Historical examples of crossbows with such locks include the so-called "Skåne lockbow" (based on an archaeological find from Skåne in Sweden, dated to Renaissance times), as well as several types of traditional native crossbows from western Africa. Though these surviving examples are more recent, it is possible the lever and pin trigger and the thumb lever and string-catch trigger designs are equally very old forms of crossbow locks (dating at least back to the early Middle Ages or late antiquity).

There are a few generic ways to optimize the smoothness of the release with this type of lock:

Variant with a bound trigger and a loose pin[]

Here we describe the following variant: 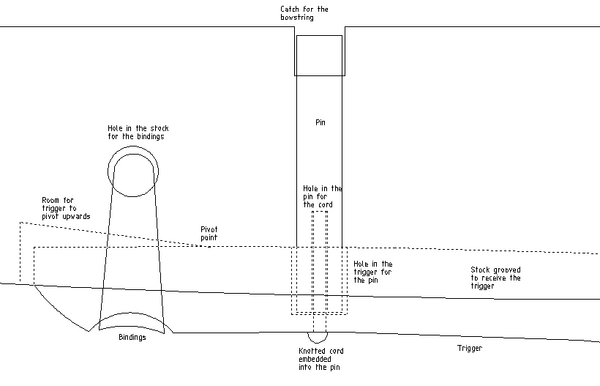 The trigger lever operates in a shallow groove carved to the stock. This keep it from moving sideways. The sides of the groove are rounded, so that yanking the trigger sideways does not split them. The front part of the groove becomes noticeably deeper right after trigger's pivot point. The front-end of the trigger has a shallow groove to receive the bindings that also go through the hole in the stock. As the hole is placed slightly to the front of the pivot point, tightening the binding thread sufficiently makes the trigger return to rest position by itself; the bindings effectively act as a primitive return spring.

The trigger lever has a slightly loose hole for the pin. The looseness allows the pin to slide directly up the hole in the stock, instead of following the circular movement of the trigger.

Images of a real-life example[]

Here are some images from a fully functional crossbow that utilizes this type of lock. Notice the small metal clip which holds the bolt in place. 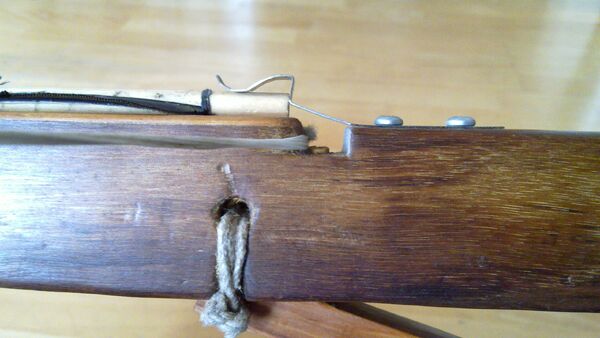 Here's the lock from the side before and after the shot: 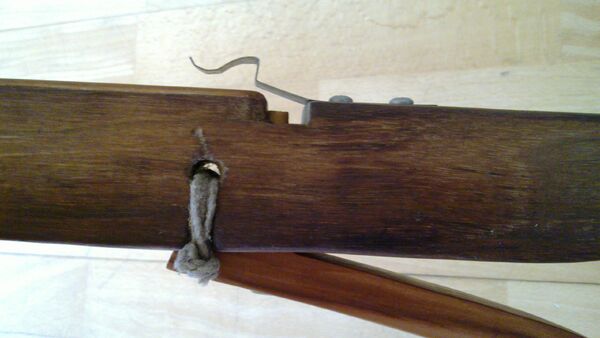 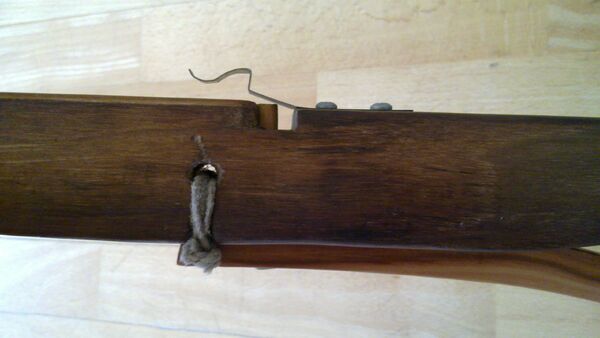 Then the same from below the stock, showing how the lever moves: 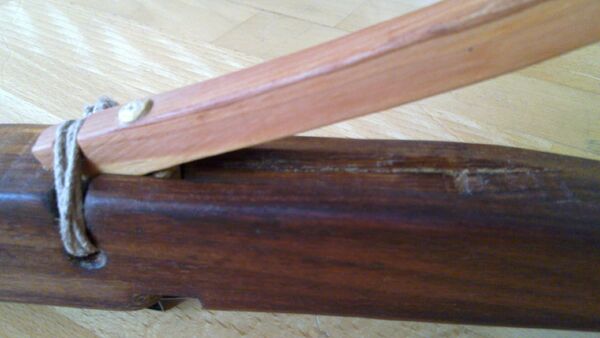 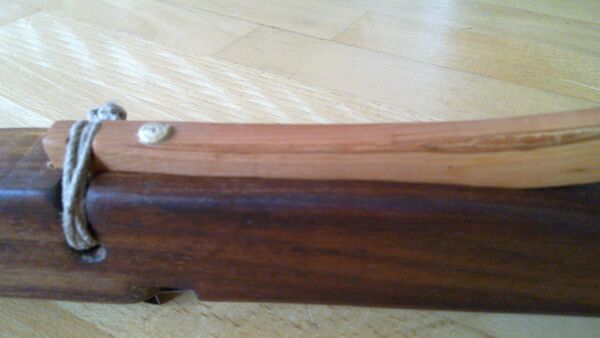 Now an overview of the entire apparatus from the side: 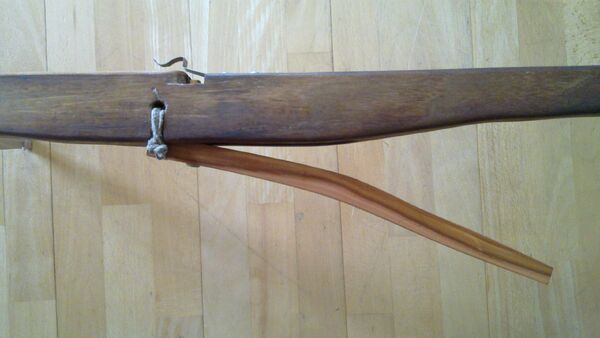 Then a couple of shots of the top of the stock from an angle: 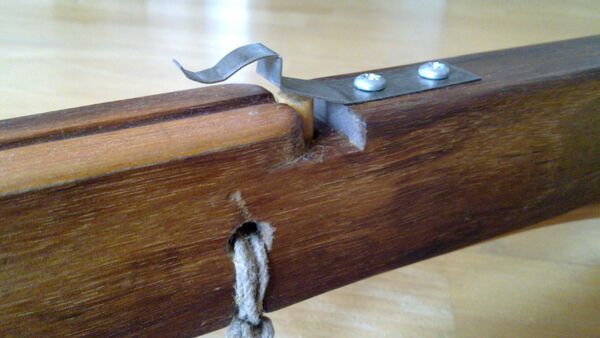 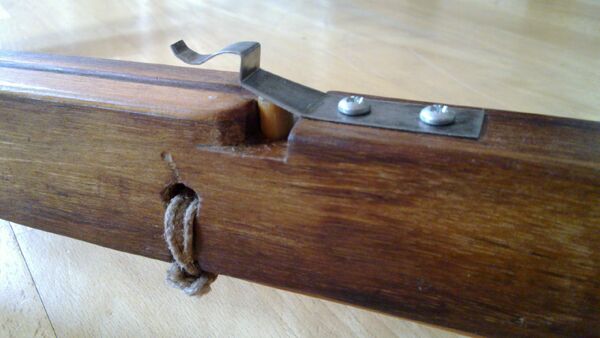 Below is a briefer, timelapse tutorial video by British amateur bowyer Mick Grewcock, showing the manufacturing of a simple all-wooden crossbow with lever and pin lock. This replica is based on the Swedish find from Skåne. 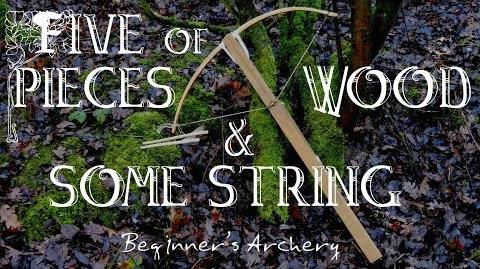 Five Pieces of Wood & Some String. I make a Crossbow. Skåne style Lockbow

Mick's example has a slightly different lever (tickler) design than the one shown earlier in this article. The lever's articulation is in a hind part of the stock, rather than at the front, near the string-catch. This arguably makes the crossbow somewhat more compact, as the lever occupies less space than it would need if the articulation was in the middle or front half of the tiller.