Blunt, metal boltheads are great when shooting at hard objects which might ruin a sharp point. Also, sharp points tend to penetrate much more, which is a disadvantage on many occasions:

There are many other as good ways to make a blunt boltheads, but this one works pretty well. First, find a length of steel pipe that fits tightly to the bolt shaft's forward end. Cut a few pieces of the pipe, test them with your bolts and check which length gives the proper weight and balance point. Adjust the length of your shafts, if necessary. When you've found the correct pipe length, mark the cuts on the pipe with a pencil, as in below picture: 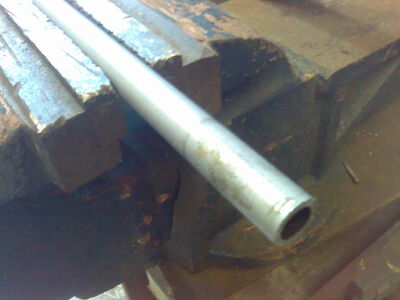 Next we need to cut two short perpendicular slots going through pipe's (imaginary) center. Make sure the slots go directly down the pipe. Use a sharp file to mark where to cut the slots and do the cutting with an angle grinder or a hacksaw. You'll find the correct slot length with testing. 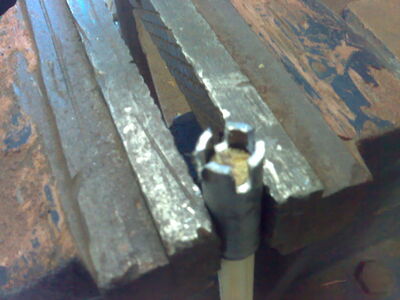 Once the slots have been cut, hammer the edges of the pipe so that they are set firmly against each other. Next place the bolthead upside down against an anvil and insert the shaft. Hammer the shaft's rear end until it's tightly in place, as in below picture. 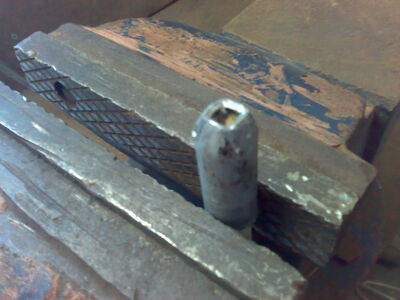 This kind of bolt works well even when shooting at relatively hard targets such as planks. As the shaft supports the pipe's inward canted edges during impact, you should preferably use a hardwood for the shaft. If you shoot at very hard targets (e.g. steel plates) you probably need to use a solid steel bolthead with a proper socket.